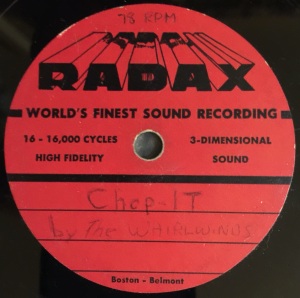 This edit of the unreleased demo originally recorded in Weston, Massachusetts in 1959 splices a finished take with an alternate, earlier cut. 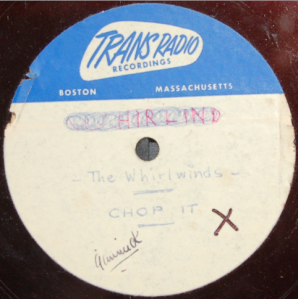 The photos used in the video were taken by the author in the hills of Lalibela in northern Ethiopia, home to a series of Medieval rock-hewn churches including what is said to be the largest monolithic church in the world.

Church of Saint George (Bete Giyorgis), the newest of the eleven monolithic churches that date from the 4th to the 12th century located in Lalibela, Ethiopia (photo by the author)

An ancient, proud country, Ethiopia is home to some of the earliest versions of Christianity, Islam, and Judaism, and truly one of the most fascinating, extraordinary places anywhere.

A video using an extended version of Hap Snow’s Whirlwinds’ “Chop It” is on YouTube:

New information indicates the Chop It Sessions took place in 1959, not 1960, and that Stefano Torossi was also present (this has been corrected above). In fact, according to Snow, Torossi is the Whirlwind playing the role of the teacher in the skit in the middle of this special extended version as well as the party responsible for the maniacal laughter later in the track.