In the early 1960s, Hap Snow’s Whirlwinds recorded three original songs at the residence of Steve James (Steve Fradkin) including “She” and an early take of “He Can Have Her,” two of the most popular vocal numbers of the band after they moved from Williams College.

Hap Snow’s Whirlwinds’ “She” and “He Can Have Her (Early Take)” is on SoundCloud:

A video for Hap Snow’s Whirlwinds’ “She” using photos from Hap Snow’s first trip to Europe in 2012, exactly 50 years after recording this song, is on YouTube:

Michael Kaye (far left in the top picture on the handbill) replaced original Whirlwind pianist Art Bearon, who left for medical school in Minnesota, in late 1960. Kaye remained the regular pianist/keyboard player as well as a lead and background vocalist until he joined the service just before the band’s demise in 1966. 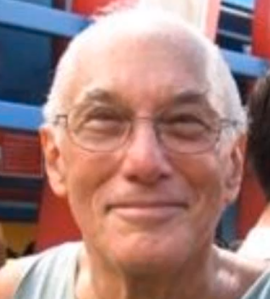 a recent shot of Michael Kaye

Still active in music, the following are several unreleased songs Kaye recorded between 1997 and 2010, including “Sierra” by Boz Scaggs, a live version of the Big Bopper’s 50’s rock classic “Chantilly Lace,” a live version of Hoagy Carmichael and Stuart Gorrell’s “Georgia on My Mind,” a live version of REO Speedwagon-favorite “I Can’t Fight This Feeling,” a live version of Billy Joel’s “New York State of Mind,” a rehearsal of early 80’s pop hit “Leader of the Band” by Dan Fogelberg, and a Michael Kaye original composition, “A Lullaby for Emily,“ celebrating the birth of his youngest grandchild:

And something special, the studio version of a medley of songs from “Fiddler on the Roof” recorded in 1978 that Michael Kaye arranged the music for and performs (this multi-track recording was engineered by Barry Kaye):

Images in the video from a stage production of “Fiddler on the Roof” and pictures of Michael Kaye with his two children, son-in-law, and a few of his seven grandchildren are courtesy of Barry Kaye.