Len Arnold, an experienced sideman from New York, succeeded Harry Lewis when the home base of Hap Snow’s Whirlwinds changed from Williamstown to Weston, Massachusetts in 1960-1961. Working as a part-time player, Arnold, better known as Lennie Hochman of Lennie Hochman Quartet fame and later Leonard Hochman, remained with the band through about 1963. 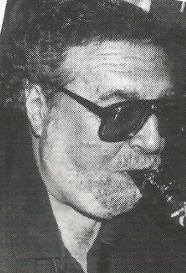 Born in Philadelphia, Leonard Hochman was active in the New York jazz scene in the 1950s, honing his craft in theaters and night clubs while working with distinguished players and singers including Charlie Barnet, Tony Bennett, Kenny Clarke, Nat “King” Cole, Al Haig, Herbie Mann, Carmen MacRae, Sam Most, Frank Sinatra, Kai Winding, and Phil Woods, among others. In 1957, Hochman moved to Boston.

“A Stomper and a Screamer”

When Leonard Hochman joined the Whirlwinds, he brought a repertoire of crowd-pleasing maneuvers from these earlier musical experiences, including his signature move of playing the sax while lying on his back. Band founder Snow recalls, “the audience would go crazy when he did this on extended solos.” Whirlwind pianist Michael Kaye only had a single opportunity to play with Hochman but he remembers it well, “he was a stomper and a screamer!” 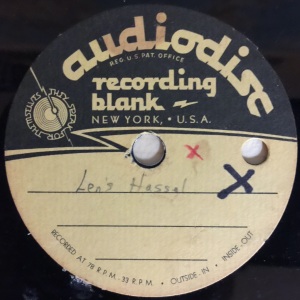 Hochman, who had been working as a session musician at Ace Recording Studios upon his arrival in Massachusetts, recorded a pair of unreleased songs with the Whirlwinds in 1960 during their second visit to Ace: “Len’s Hassle” and “Let’s Have A Party.” 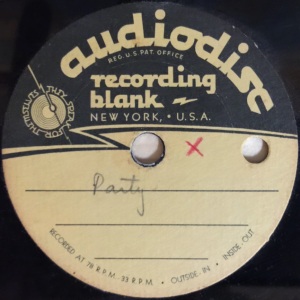 Featuring Art Bearon on piano, James K. “Hap” Snow on guitar, and Hochman on saxophone, they recorded the first track, an original instrumental composition by Len Arnold (aka Leonard Hochman):

The second, an original song by Hap Snow featuring Art Bearon on piano, Leonard Hochman on saxophone, and Snow on guitar and lead vocals, is on SoundCloud:

In the fall of 1967, the Phil Wilson Quartet, featuring trombonist Wilson, saxophonist and bass clarinetist Leonard Hochman, bassist George Moyer, and drummer Tony Sarni, cut Prodigal Son – A Christian Worship Service in the Jazz Idiom, released on  Freeform Records in 1968 (Freeform 101). Recorded at the historic Center Congregational Church in Providence, Rhode Island, the album features a unique interplay between the pastor, Ben Owens, who reads passages, and the quartet, which either provides musical commentary or extended free-form interpretations of the scripture. Unfortunately, this out of print LP is near-impossible to find these days. 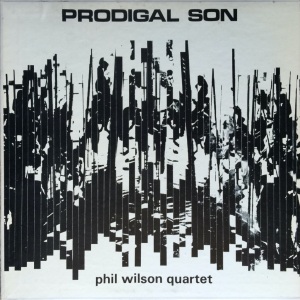 With a growing family to support, Hochman stopped performing in the early to mid 6os and founded a successful instrument rental and and sales business, the Arnold Music Company. Effectively retiring after the release of Prodigal Son, Hochman didn’t formally return to the stage until the early 90s, approximately 25 years later. 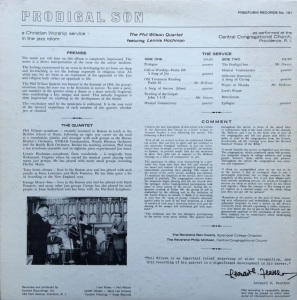 However, when Phil Wilson joined the New England Conservatory of Music as chairman of the jazz division in 1974, Hochman enrolled as a student in two or three classes between 1974 and 1976, including one which featured a group called the Uptown Blues Band. Hochman played several concerts with the band and “brought love and tremendous enthusiasm to the project” recalls Wilson. In addition, Hochman is credited with composing music for “I Am Lucy Terry,” a Broadway play that was performed at the American Place Theater in New York in 1976. 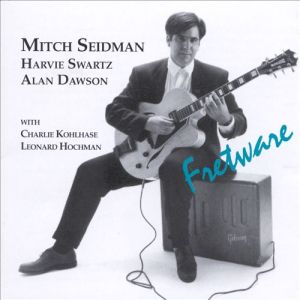 Another career highlight came in December when he performed his response to Kristallnacht, “Broken Crystal,” at Auschwitz, Poland. This same original composition had been performed at the Fire House Arts Center in Newburyport, Massachusetts by the Exit Dance Theatre company earlier in the year. 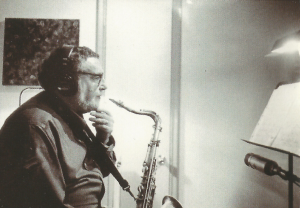 Until Tomorrow LP Debuts in 1995

Here’s an excerpt from, “A Tribute To Leonard Hochman and His Recordings,” by Nelson Brill of The Stereo Times: “From the opening skip and frolic from Dawson on percussion to the playful, sinuous melody cast by Hochman’s bass clarinet on its opening cut “The Dragon,” Until Morning is an adventurous mixture of ballads, sambas and straight ahead bop that highlights Hochman’s fluid way with vocalists as well as different ensemble combinations.”

Brill adds: “In ‘The Dragon,’ we are introduced right away to Hochman’s bluesy way with the bass clarinet, all deep breathe, layered with wonderful stability of tone color from very low to high registers. Hochman is a master of fluidity and expressiveness on this unique solo instrument.”

NOTE: This non-downloadable track is from my personal collection and is intended for reference and promotional purposes only. Please support the artist and label. If this is deemed to be potentially infringing material by a label or legal rights holder, upon notice said material will be removed immediately.

In 1996, Hochman played bass clarinet on Mitch Seidman’s Ants In A Trance, with Harvie S on bass and Ella Lou Weiler on viola. But his greatest individual success was the release of his final album the same year, Manhattan Morning, with Kenny Barron on piano, Victor Lewis on drums, Harvie S on bass, and Joe Locke on vibraphone. 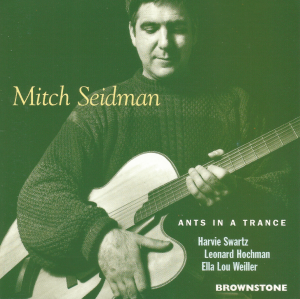 The Jazz Times’ Bill Bennett said it best, “Leonard Hochman, where have you been?” The author continued, “This CD, Hochman’s second as a leader, reveals him as a thoughtful, often inspired soloist, leading an extraordinary ensemble through a set of well-made tunes-the better to support well-made solos from the quintet at hand.” 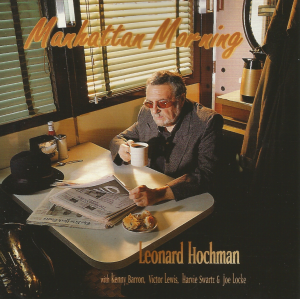 At year’s end, The Jazz Times named Manhattan Morning as one of the top five CDs of the year, just one of many honors garnered by Hochman. Nelson Brill at Stereo Review stated, “Hochman’s later recording in 1996, Manhattan Morning, is a consistently brilliant piece of work, showcasing the full range of Hochman’s talent as a musician, arranger and band leader.” 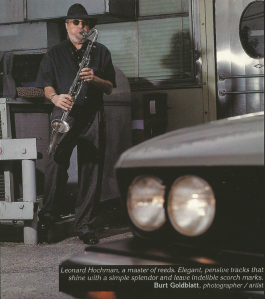 NOTE: This non-downloadable track is from my personal collection and is intended for reference and promotional purposes only. Please support the artist and label. If this is deemed to be potentially infringing material by a label or legal rights holder, upon notice said material will be removed immediately. 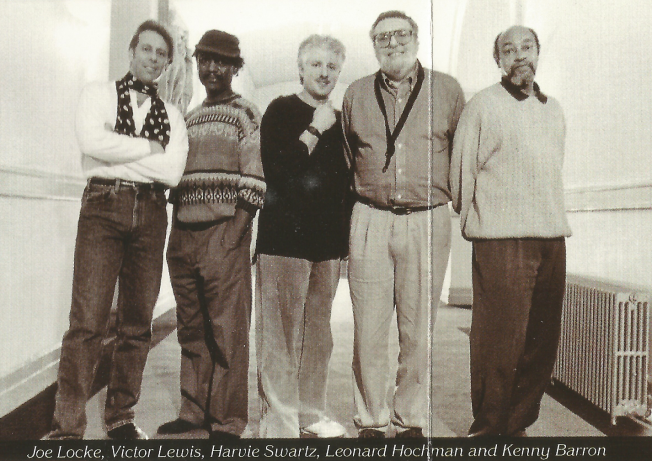 Where To Purchase Leonard Hochman’s Albums

Until Tomorrow CD is currently available at

Fretware CD is currently available at

Ants In A Trance CD is currently available at

Prodigal Son LP is near impossible to find.