In the late 1950s and early 1960s, a small New York record label named Fleetwood Records released a series of rock and roll, doo wop, and instrumental 45 singles by a roster of artists primarily drawn from the Northeast. Groups included The Mighty Five, Bob Vidone and the Rhythm Rockers, Hap Snow’s Whirlwinds, The Strings, and The Candies.

According to a list of Fleetwood Records’ 45s compiled by paisleyhaze.com, The Mighty Five’s “Daddy Guitar,” written by K. Burrell & L. Trotman, was the first single they released, #1000, backed with the B-side “Castle Rock.” 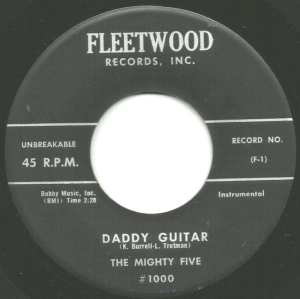 Another early single on Fleetwood was released by Bob Vidone and the Rhythm Rockers, #1003, “Going My Way,” with “Weird” on the flipside. 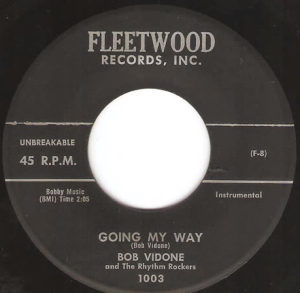 Bob Vidone and the Rhythm Rockers “Going My Way,” composed by Vidone, is online:

In 1959, Fleetwood released single #1005 by Hap Snow & The Whirlwinds, “Banshee,” with “Bottoms Up.” The A-side was written by guitarist James K. “Hap” Snow, pianist Art Bearon, and drummer Stefano Torossi. The three, joined by the senior member of the band, sax player Harry Lewis, recorded both sides of the single at Ace Recording Studios in Boston, Massachusetts.

“Bottoms Up,” the B-side of “Banshee,” was recorded in the same 4-hour session at Ace Recording Studios. However, with the first three and a half hours devoted to upwards of twenty takes of “Banshee,” the B-side by Art Bearon (and an unexplained co-writing credit given to a certain “D’Angelo” that none of the participants remembers any details about) was done quickly recalls the band founder Hap Snow. 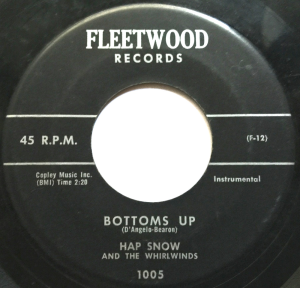 An audio file of Hap Snow’s Whirlwinds’ “Bottoms Up,” the B-side of “Banshee,” is on SoundCloud:

Besides rock and roll instrumentals, Fleetwood Records of New York also released some doo wop singles including “Drive In Movie” by The Strings, composed by Martin and Krasner.

The Strings’ “Drive-In Movie” and “Till We Two Are One” 45 has been uploaded to the Internet:

Fleetwood Records released singles by girl groups, as well, including The Candies’ “Stop,” written by Johnny Brandon and Stuart Wiener. The same composers did the B-side of #7003, “If You Wanna Do A Smart Thing,” each arranged by Clark McClellan on the 1960 single. 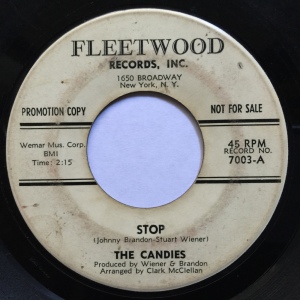 The Candies “Stop” is here:

In recent years, several of these late 1950s-early 1960s Fleetwood 45s have appeared on auctions sites including eBay. They don’t pop up often but when they do, the cost is usually not too exorbitant.

For The Record: Two More Labels With the Same Name, in Massachusetts and New York

Fleetwood Records in New York is sometimes confused with another record company with the same name from 1958 to 1975, also located in the Northeast part of the United States. The Fleetwood Records located in Revere, Massachusetts, specialized in non-music albums including sports, auto racing sounds, and historical events, in addition to drum and bugle corps releases. 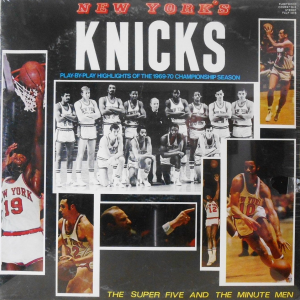 The company, renamed Fleetwood Sounds and now based in Lynn, Massachusetts, released LPs, 8-Tracks, and cassettes like their initial entry in what proved to be a lucrative sports line, Havlicek Stole The Ball:

In fact, another Fleetwood Records, a second one based in New York, released a series of dance singles in the mid-1980s.